I just saw this video about the map design in VALORANT: 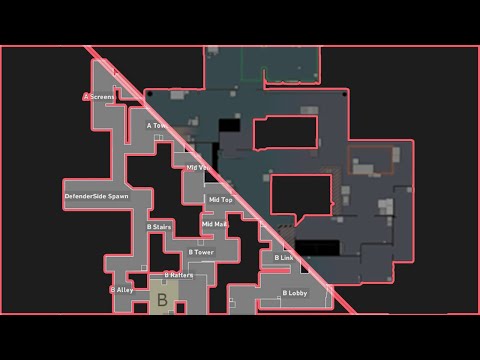 The main points are:

Personally, I can relate to a lot of what he says, and I hope to see more open maps in the future.

What do you think about the current map design? Does it make the game less enjoyable?

I think there are some definite obvious advantages for either T or CT side, for example defense on B site on Haven can be extremely tricky, having a site so small gets irritating and because of the 5 players spreading across 3 sites you only get about 1 defender on B, and once it is being held by the attackers, defenders just can’t retake it because of the of Map design etc, this is just my opinion idk if anyone els agrees

I would def say it is a little bit claustrophobic, but, which just what I e seen atleast, it was made to be that way, because that’s where abilities shine.

But I will say that they maps still need to be improved on, but thats why this is called a closed beta, and I expect the sets to make great maps, especially with Volcano watching over it and expressing his ideas.

[For reference, the abilities part was paraphrased, but originally expressed by Volcano himself on stream

Agreed, I hope this new map is adjusted depending on user demand and maybe make it more equal for both ct and t side